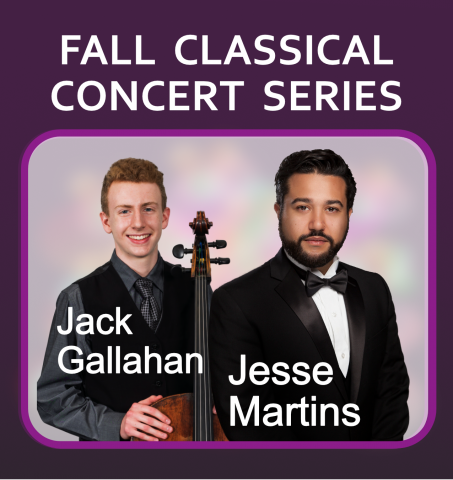 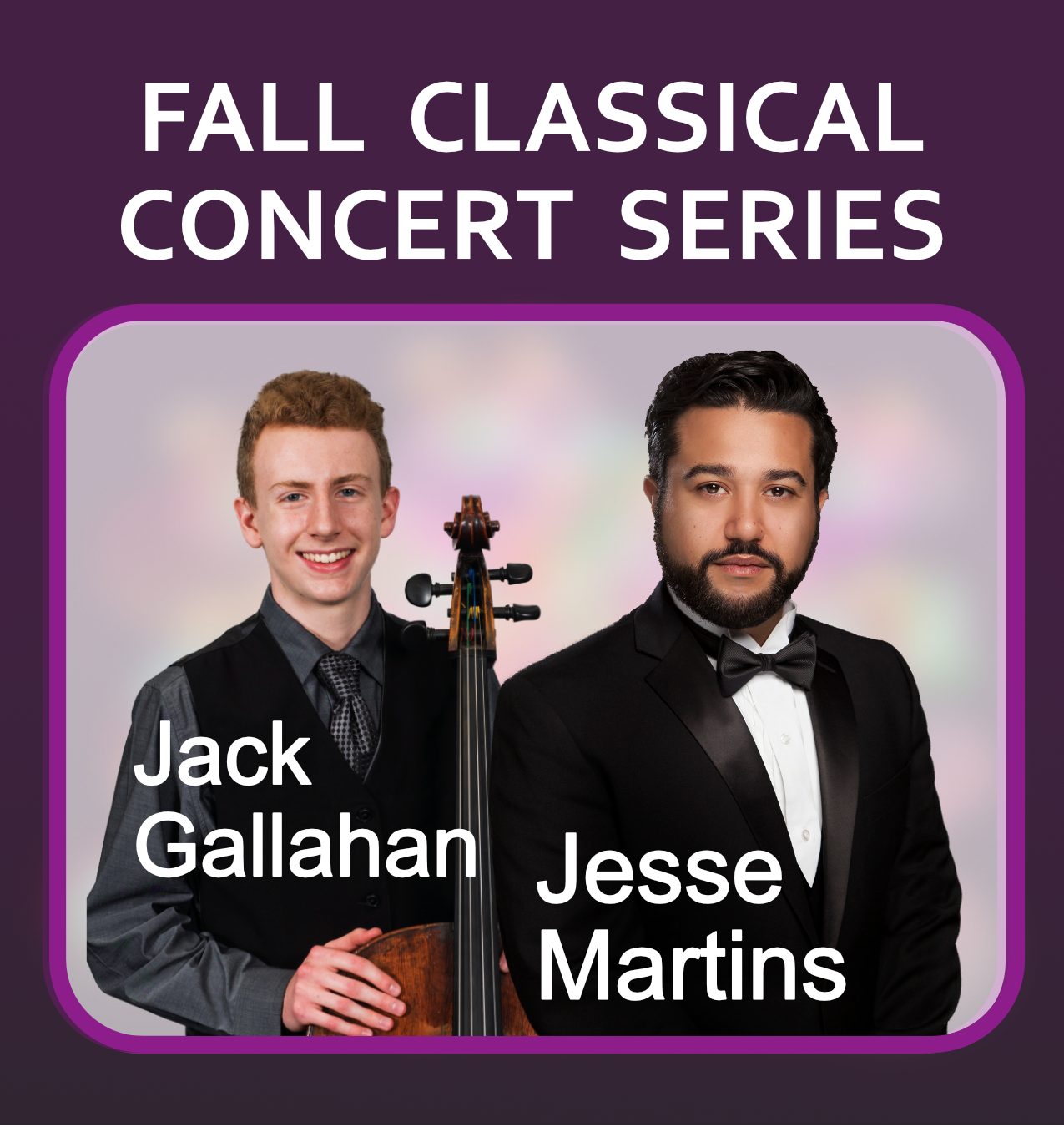 Want to be reminded about this event? Complete the form below to have an email notification sent to you 24 hours prior to the event.

The program for this concert can be found in the "Attachments" section on the right of this page.

The concert will be available on demand for two weeks starting on November 25. When the video becomes available, the link can be found below.

The program with the extended biographies of the performers can be accessed on the right side of this page under the "Attachments" heading.

This is the first in a series of four concerts, all classical duos or trios and each featuring Jesse Martins on piano.

These concerts are being video recorded on consecutive Mondays in November and December 2020.  The video of each event will be available within two days of its recording and will be accessible via the "On Demand" section of the Sarasota County Library System online events calendar.